It seems like the new word being coined on the British streets is Glam-ma, a term that celebrates women of a certain age who live each day glamorously. We’re pretty sure this will be us in the next thirty or so years, too!

You could say that blogger Ari Seth Cohen is a pioneer for the Glam-mas as he’s taken his fascination with chic Grannies one step further by generally spending his days roaming the streets of New York searching for trendsetting older women. Lucky for us, he’s turning his attention to the UK, and is set to go Galm-ma hunting around London this coming week.

To welcome his arrival, leading retail marketing expert Mary Portas threw a party for him at her concession in the British department store House of Fraser, which also celebrated the launch of his rather cleverly named new book, Advanced Style. The aim of the book is to act as a source of fashion inspiration for all ages by paying tribute to the confidence and beauty that can only be derived from a life lived glamorously. His cover star is actually from London, which proves that there’s a legion of fashionable older ladies just waiting to be discovered in London. 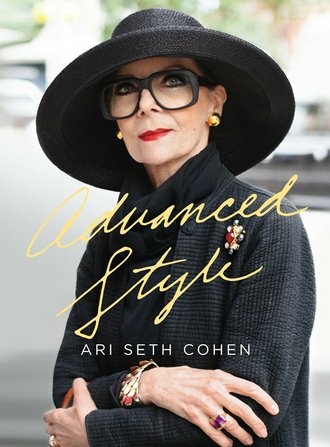 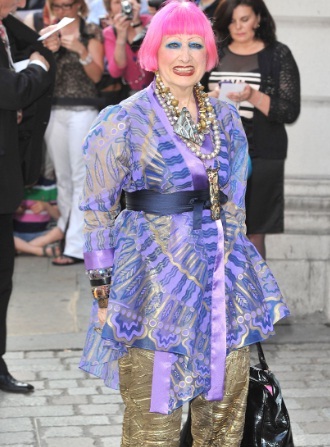 British born women’s fashion and jewelry designer Zandra Rhodes (above right) was also present at the book launch. She is renowned for her eccentric London look and is a perfect pioneer for his new nook. For the event, she was pictured with her shocking pink hair and piercing brightly blue painted eyes, and of course, a plethora of statement jewellery.

Despite London being a fashion capital and its people being renowned for their edgy looks, it is quite common to hear criticism regarding older women who dress more eccentrically. Too often, they are referred to as being too old to dress in such a way, so it’s good to see that somebody is finally trying to put a stop to the negative perceptions and broaden people’s minds. Good on the Glam-mas who dress however they want despite criticism, as that’s what fashion is all about.