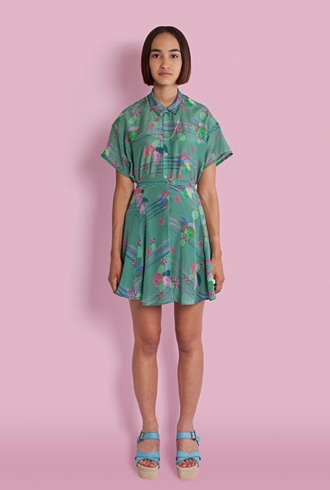 QUT grad Ana Diaz has cast her eyes from Australia’s Sunshine State to the shores of Hawaii for her third offering. Inspired by the intense dream-like state felt by delirious Japanese settlers when they first set foot on the island, Diaz’ Spring/Summer 2012 collection ‘Edo Tropicana’ offers a sun-drenched escape from the chilly season.

Diaz made her debut only last year at the L’Oreal Melbourne Fashion Festival as the only Queenslander in the National Graduate Showcase. Rapidly garnering attention thanks to her quirky takes on the traditional, she’s not only churned out two collections further demonstrating her impeccable taste for wearable whimsy but also joined forces with formidable high street retailer Sportsgirl as part of their ‘Sportsgirls Like’ ongoing collaboration series, putting her among the likes of Aje and Antipodium.

‘Edo Tropicana’ is Diaz’ is a visible manifestation of her knack for mixing kooky and classic. Stick a pair of googly eyes on those unnaturally vivid cartoon fruits and they could get a job preaching the importance of eating 5+ a Day on afternoon television, but here they appear on relaxed shapes your mum might pilfer if she knows what’s good for her. Another juxtaposition is that of vivacious island life and traditional Japan, with silk kimono shapes given a Crayola makeover and classic wide-legged trousers rendered in breathable organic cotton. Diaz has also collaborated with jewellery designer Holly Ryan to create a number of handmade earrings and rings which, like those drawstring waists and faded rope belts, further drench the looks in a homespun nonchalance.

Adorning yourself in oversized fruit is going to be a huge thing this season, and this is definitely one of the best ways to do it. 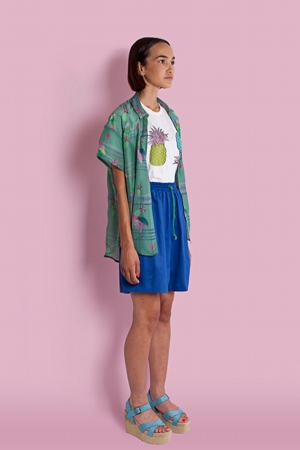 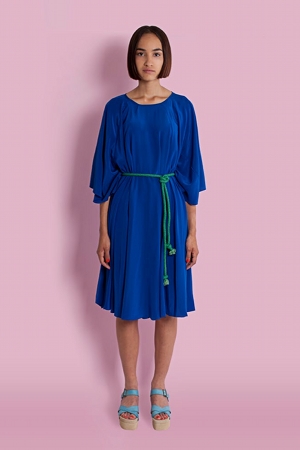