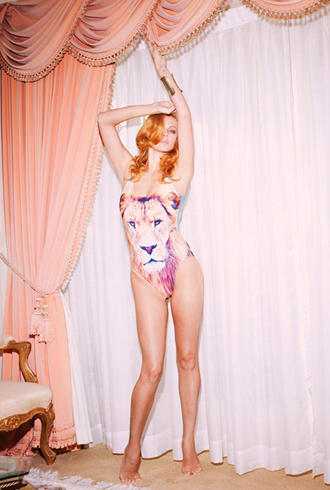 Good things come in threes, like French hens, Muskateers, The Bee Gees brothers, and the three-part collection shown by We Are Handsome at Mercedes-Benz Fashion Week Australia back in May.

‘The Matriarch’ is the first sun-drenched slice of that collection, in which models Shelby Furber and underwear aficionado Tiah Eckhardt put on swimsuits to lounge around on grandiose lounge suites with the curtains pulled (and probably with the central heating on full blast, because it is most definitely not summer here at the moment).

The chapter begins with that same graphic lion face that opened We Are Handsome’s MBFWA show, rendered in a striking digital print that follows on from their previous creature-heavy collection, ‘The Romantic’. Other familiar motifs include the pretty florals and halcyon palm tree-lined sunsets that appear on contoured bikinis redolent of the 40s and 50s, and a fabulously blingy diamond design makes an appearance too.

‘The Matriarch’ also features a few staple resort pieces alongside the swimsuits. Seductive body-con dresses and spandex leggings might not be the most traditional beach attire, but at least they’re easier to incorporate into a winter wardrobe than a bikini. And since this collection hits Australia stores in July, that’s probably something you’ll be wanting to do if you’re not lucky enough to have central heating and a vintage Louis XV armchair. 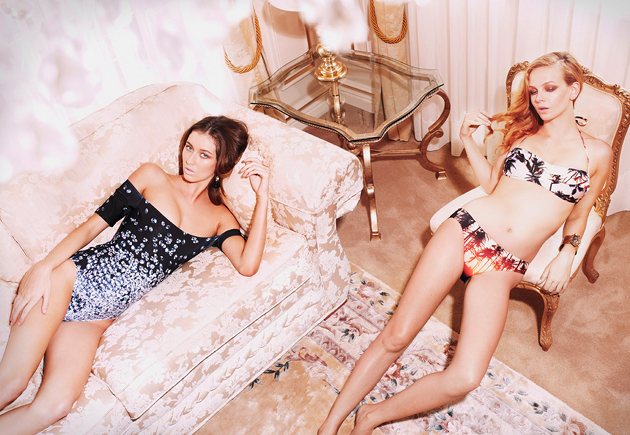