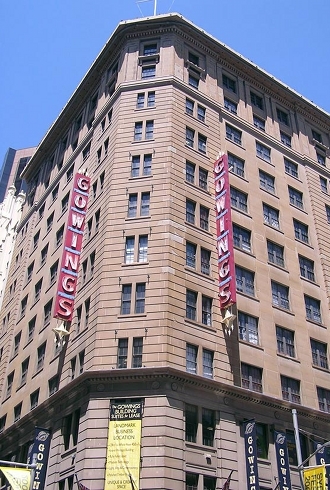 The historic Gowings building presiding over the corner of George and Market streets has just announced an exciting new leaseholder. In October, Topshop will move in to the multi-level premises formerly occupied by Supré, spurred by the resounding success of the UK retail giant’s Melbourne launch at the end of last year.

The space formerly occupied by flimsy party dresses and leggings posing as pants will now be filling its 1800 square feet of floor space with all the Topshop womens and mens collections available internationally, including exclusive designer collaborations like Mary Katrantzou and the impending Louise Gray range, plus the stellar seasonal collections that have been making trend-driven waves since ex-British Vogue fashion director Kate Phelan took the reigns as creative director of the brand. Also on offer will be a complimentary shopping and styling service aimed at all those dutiful fans already hoarding cash for the occasion.

Sydney has seen a flood of luxury overseas retailers opening up their fancy glass doors in the CBD recently, with Burberry, Louis Vuitton, Miu Miu, and Prada all residing within walking distance. Topshop will also give some serious competition to Spanish chain Zara, which has been Sydney's leading cause of temporary insanity in females since April 2011.