Meet Bryn, Mulberry’s newest addition. The vintage infused satchel has apparently been inspired by their men’s Brynmore style, and luckily for us, they’ve gone and created a lush ladylike equivalent. The women’s smaller version features a cute postman’s lock and is versatile enough to be worn with an army of looks. Their hottest new arm candy has already been pictured on both Keira Knightley and Alexa Chung (is there any Mulberry bag that Alexa doesn’t own?) who both have very different but elegant styles. Alongside Mulberry’s huge celebrity following, they also have bags dedicated to Alexa Chung and Lana Del Rey. The Bryn, however, is being billed as a timeless piece, and judging by the pics, we can certainly see why. Will it be their next best seller? 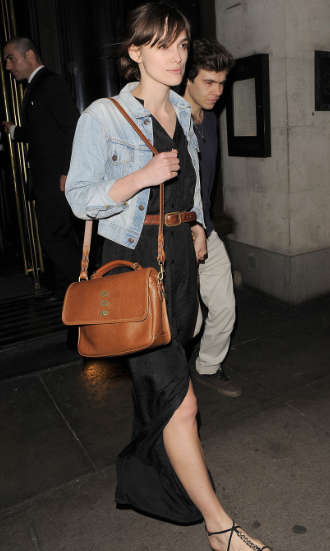 Mulberry’s creation of such beautiful must-have pieces is the reason their annual total revenues have increased 38% over last year’s figures. The company is also gaining positive results from its current global expansion strategy, all of which are sure signs that Mulberry isn’t going anywhere despite the economic downturn.

Mulberry has also recently released its new Tassle collection, a range that was influenced by the British public — festival goers, in fact. Mulberry’s creative team was inspired by those hardcore lady festival goers who were still carrying handbags despite the mud. They hope that the new tassle collection conjures up the image of those iconic Seventies’ festivals where fringing was the ordre du jour. The collection features the oversized tan satchels à la Alexa but with this season’s fringing and studs. The perect piece to be seen with at this summer’s festivals! 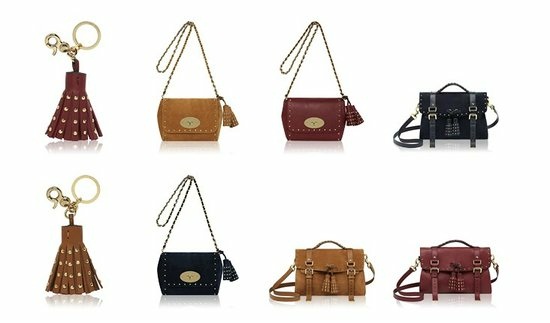