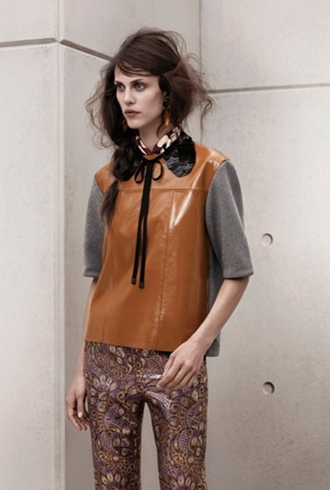 Continuing the movement of overseas high-street stores gracing Australia with wallet-friendly fashions, rumour has it H&M is to open up shop in both Sydney and Melbourne.

News of the Swedish retailers imminence comes only weeks after Topshop and Topman confirmed they had laid claims to a prime piece of real estate in Sydney’s CBD. Also set to pull huge crowds and even bigger profit margins is Zara’s second store in Bondi Junction, following the success of their Pitt Street store’s launch in April last year.

So far, the Emporium site in Sydney and the Chadstone Shopping Centre in Melbourne have been pegged as possible options, with retail group 6one5 chief executive Bill Rooney confirming that his real estate contacts have been approached by the company. This would put the Sydney store in close proximity to luxury overseas retail giants Burberry, Louis Vuitton, Miu Miu, and Prada, which have all opened shiny glass doors in the city in recent months, while the Melbourne chain would be in direct competition with Zara.

While this is great news for those of us who chew through outfits like family packs of fun-sized Kit Kats, it’s probably not being so well received by smaller labels struggling to compete with such affordable prices. But as long as we keep promising to give business to local designers, it’s perfectly acceptable to briefly squirm with delight while having an internal “ZOMG H&M x Maison Martin Margiela!” moment.