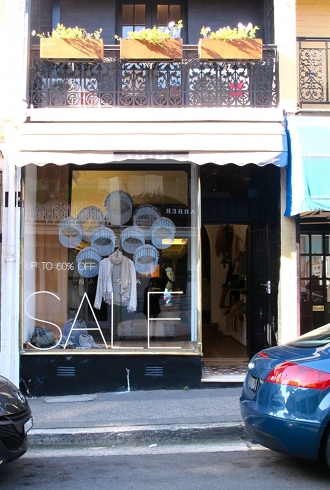 Zara opened its second store in Bondi Junction last Thursday, and Topshop has announced an equally if not bigger launch for October. But while the mega stores infiltrating the CBD and Westfield side of town belie the current state of Sydney’s retail economy, it seems boutiques without six escalators and at least 30 overzealous shop assistants are really suffering.

Over the last few months, multiple stores have closed down in Sydney’s boutique nerve centre Paddington. Sydney-based author, blogger, fashion journalist and now-former fashion designer Clare Press tweeted a couple of weeks ago that she would be closing her Paddington store Mrs. Press, citing a number of other recent closures pointing to the sorry state of the suburb’s retail climate. Fleur Wood, Alistair Trung, World and Jigsaw have all shut up shop in recent months, but the biggest shock to the industry came in July when Marnie Skillings announced that she would be closing her label after 12 years in the trade.

Plenty has been done to revive the state of brick-and-mortar retail in the CBD. Fashion’s Night Out Sydney attracts thousands of card-wielding shoppers to Westfield each September, but it could be said that most of the stores benefitting don’t really need the extra cash. Take Zara, whose year-old Pitt Street store still sees a veritable throng of customers on any given day of the week despite price tags significantly higher than they are overseas. The comparatively dim light at the end of the tunnel is the William Street Laneway Festival which sees unique art installations, DJs, pop-up bars, and one-day deals from small local labels draw the hordes back to this eclectic shopping hub.

Luckily, not all designers are in such dire straits. A few days before blowing the minds of buyers and editors over at London Fashion Week Dion Lee announced the launch of his Sydney flagship on Paddington’s Oxford Street. Stay tuned for the more encouraging details on that one.