It’s hard to believe that it’s already been a whole nine years since Fashion Fringe was initially founded by Colin McDowell in hand with IMG Fashion to support emerging fashion designers. For those not familiar with the initiative, each year three finalists are chosen, with an overall winner then selected at the end of London Fashion Week. Similarly to recipients of the NEWGEN scheme, the winner not only receives sponsorship but also personalised mentoring which helps them to efficiently run their own label and transform it into a profitable and successful business venture.

This year, it was Christopher Bailey who was the nominated chair person for Fashion Fringe, with fashion designers Haizhen Wang, Teija Eilola, and Vita Gottlieb making it into the final three nominees. As LFW drew to an end, Bailey picked Haizhen Wang as the overall winner, who he labeled as an exceptional and original creative. Wang, a Central Saint Martins graduate, produced a winning collection which was influenced by Japanese armour and historical costumes, as well as by the Spanish architect, Santiago Calatrava. He also innovatively chose to use a 3-D digital printer to create the shoes and masks in his collection.

Corrie Nielsen and Erdem are former Fashion Fringe winners (to name a few) and are currently very successful as a result, with Nielsen even showing on LFW’s main catwalk at the heart of Somerset House. Like those before him, Wang will also receive 100,000 pounds in sponsorship, as well as the privilege of having a studio space at Somerset House for the next four seasons. 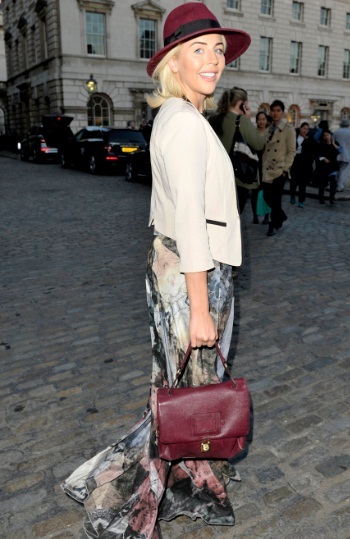 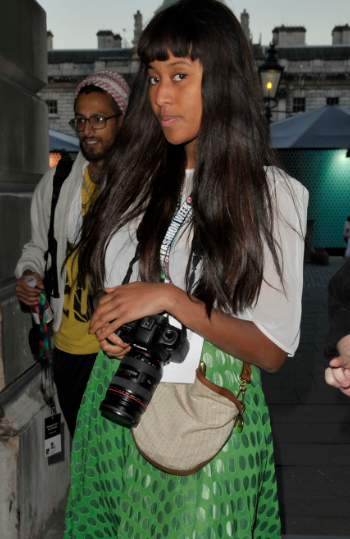 Schemes such as these are priceless opportunities for emerging fashion designers and always attract massive audiences, with special guests at this year's Fringe including the fashionable reality television star Lydia Bright (above left) and singer V V Brown (above right). One thing is for sure, it can’t help but be noticed that the majority of the winners seem to originate from prestigious design schools such as Central Saint Martins. Surely, it’s time to unearth some fashion designers from less well-known schools, who just couldn’t afford the tuition fees of a London based university course?

SHARE ON FACEBOOKSHARE ON TWITTER
Does Kanye Tell Kim Kardashian to Dress More Like Kate Middleton?H&M Strips Down and Erects a Life-Size David Beckham
Jennifer Davidson