Uniqlo Set to Bring Their Good Casual Threads Down Under 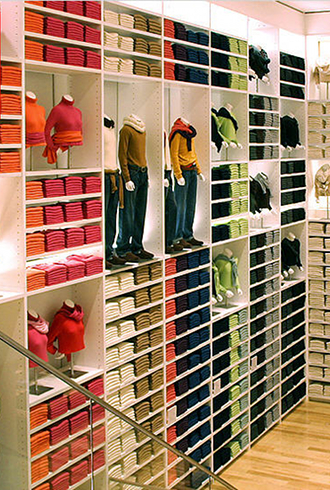 Another day, another high street mega store planning to stake its claim on a patch of Sydney soil. This time the sartorial emigrant is Japanese retail giant Uniqlo, who sent out reps to Australia earlier this year and has reached the verdict that we are indeed worthy of slipping our limbs into their good casual threads.

In an interview with The Australian last year, Tadashi Yanai, president of Uniqlo’s parenting company Fast Retailing, spoke of the brand’s plans to move further south.

“We would like to get into the Australian market. Hopefully by 2012, if not then by 2013 at the latest… We will be there as soon as possible. If we are going to be there, it is going to be on a huge scale.”

Evidently though, it takes a while to build up a satisfactory stock of Supima Cotton Crew Neck long sleeve T-shirts and meticulously arrange them into the three-dimensional equivalent of a Resene colour chart, because Uniqlo has now pushed the planned opening date back to 2014. So if you’re planning on replenishing your supply of superfine stretch fabric basics before then you’re probably best to keep an eye out for the imminent launch of their online store.

Since being founded in Japan in 1984, Uniqlo has opened more than 930 stores worldwide located, putting up sleek manga panels in China, France, USA, Singapore, UK, Thailand, Russia, Malaysia, Hong Kong, and Korea. Their Australian outpost has been a long time coming and, as long as they don’t hike up the prices Zara-style while leaving our own designers in the dust in the process, it’ll be well worth lining up for.