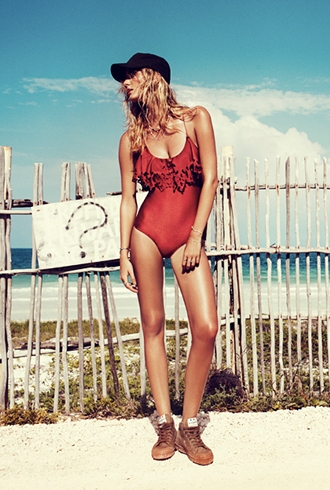 Is it hot in here or is it just Zimmermann’s insanely smokin’ Swim Summer 2013 campaign? We’re going with the latter since it’s not even summer yet, and since the brand was also responsible for this slicked-up, sweaty photo series released in May.

This time around Zimmermann has enlisted the abs of Czech model Denisa Dvorakova and ditched the gymnasium for the hot sands of Tulum, Mexico. Dvorakova makes writhing around on wet sand wearing only the tiniest bits of fabric look like a way better idea than it actually is in practice, but it’s only after looking at these shots for the 15th time that you think about sand getting in places it probably shouldn’t.

Other things you might be thinking are whether or not Dvorakova is human, and how many pieces of new swimwear it’s reasonable to buy in one season. Once again designer Nicky Zimmermann has shown why she’s our queen of crazy prints and textures, combining her signature florals and a cool paisley print and jazzing them up further with ruffles and fringed cover-ups. Fancy laser-cut detailing knits this collection together with the beautiful mainline one Zimmermann showed at fashion week earlier this year.

Also deserving of massive props are photographer Benny Horne and stylist/co-creative director Tamila Purvis, who was responsible for the steamy styling of Resort 2012. This time she’s responsible for rubber-stamping our thoughts about purchasing at least three new pairs of bathers, since mixing and matching the buzzy separates is obviously the only way to go.

Swim 2013 is dropping in stores and online this week. 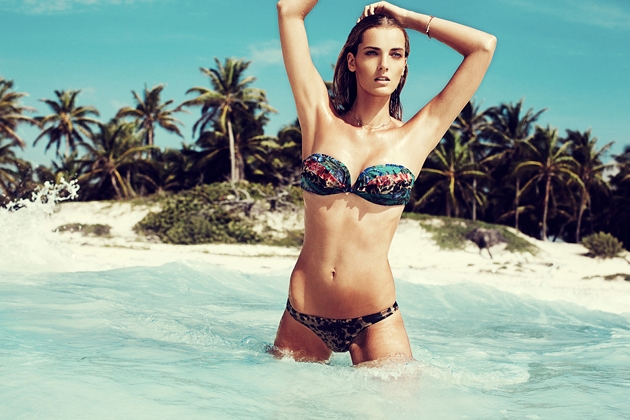 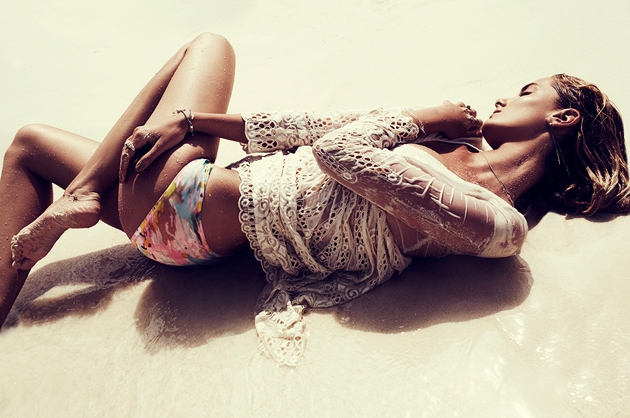 SHARE ON FACEBOOKSHARE ON TWITTER
Know the Issues: Mitt Romney Thinks Pink and Red Dresses Are EverythingSephora Partners with Disney for a Cinderella-Inspired Beauty Collection, Guaranteed to Knock Your Glass Slippers Off
Jennifer Davidson