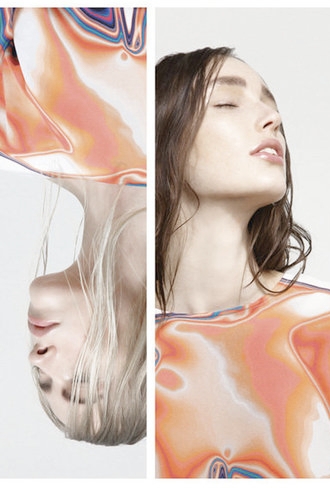 If Australian fashion magazines saw the way Dion Lee poured his morning cereal they would probably go into raptures about the fluid contours of his milk flow and architectural silhouettes of his utensils, but his latest offering is proof the designer really is more than deserving of his wunderkind tag.

"Transit” is the lookbook for the Spring 2013 collection Dion Lee showed to massive praise at London Fashion Week earlier this year. We raved about it already, but these photographs by Bowen Arico show the designer’s inventive thought process and ability to translate that into wearable clothing even more clearly.

“Wearable” here is the keyword, and a pretty insufficient one to describe what it is that Dion Lee does. The clothes here might look like something out of a sci-fi movie but they’re all crafted with a real human woman firmly in mind. The psychedelically marbled prints are in fact geothermal mapping of the body’s hot zones, which already means each piece is five hundred times cooler than you thought. The lookbook also allows for a closer look at the slashing and venting, which allow for the circulation of air around the body and are used most effectively on a blazer to create a pattern that resembles a spine. 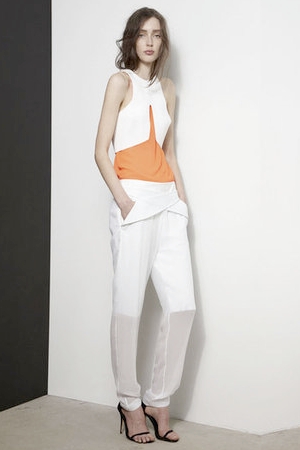 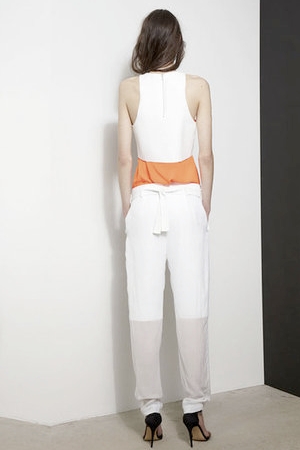 Sportswear detailing, squeaky clean lines and lightweight sheer paneling offset all those elements that bog down your mind with their complexity. Nor are those simpler looks any less striking (how good are the half-transparent pants?) Natural hair and makeup on models Kalia Hart and Lauren Taylor rounds out the sci-fi aesthetic perfectly.

“Transit” will be landing in stores February and March 2013. 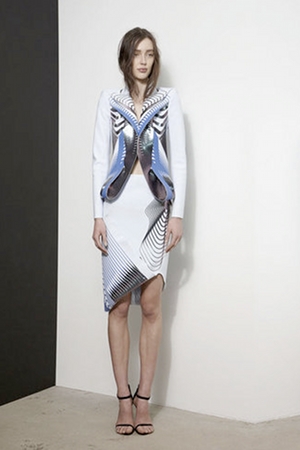 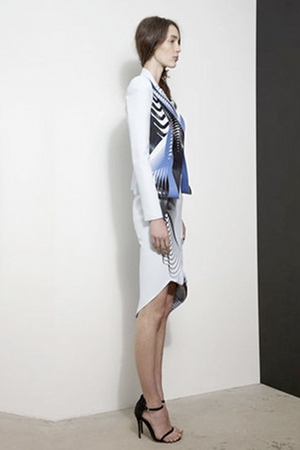