The department store, Debenhams has been a firm fixture on the British high-street for what seems like forever. It’s true that at a point, it did develop quite the reputation for frumpy fashion offerings, but over the years, they’ve managed to successfully revamp their ranges, and become a sought-after fashion destination amongst the younger generations once again. This attraction is also heightened by the fact that they offer exclusive designer collaborations at a reasonable high-street price, which even includes a fab Henry Holland collection.

The latest designer to jump on board the Debenhams’ ship is none other than Ossie Clark, a label that was the dernier cri during the Sixties and Seventies, with regular customers including Elizabeth Taylor and Twiggy. The new Debenhams range will feature pieces inspired by the designer, as well as some limited-edition unreleased vintage pieces that have been fittingly remastered for 2013.  In fact, it was Alison Mansell Ltd. who most recently won the Ossie label, and chose to appoint Nicholas Georgiou (a Central Saint Martins graduate) as its creative director, who will also oversee the Debenhams range. It doesn’t officially launch until Spring 2013 and will only be available in a select number of stores and online in February. 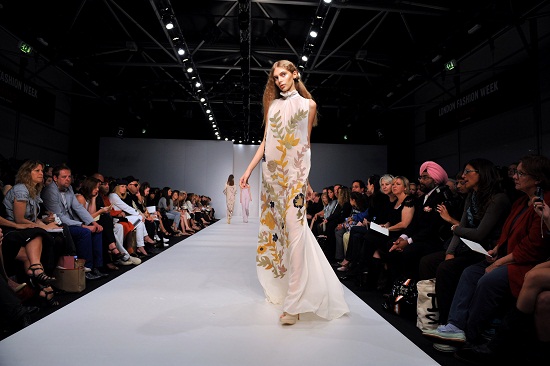 More About the Label

After the much publicized murder of designer Ossie Clark in 1996, his label was bought and relaunched by Marc Worth under the creative control of Avsh Alom Gur, and shown at London Fashion Week (above), but it was unfortunately poorly received due to the fact that Ossie Clark fans believed that it didn’t stay true to the brand’s heritage. Let’s hope that this time things are significantly different, bearing in mind that it’ll feature remastered vintage pieces, we’re pretty sure that new launch should incorporate Clark’s most sought-after signatures.