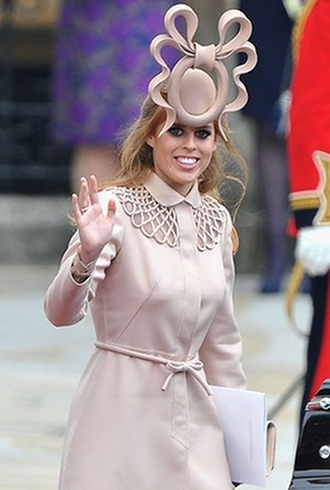 The pretzel/uterus/toilet seat hat Princess Beatrice wore to last year’s royal wedding earned itself opponents aplenty, and doesn’t seem to have won much favour with the Victoria Racing Club either.

On Wednesday, Frockwriter spoke with Melbourne-via-Serbia model Andrej Pejic about his planned attire for Oaks Day, part of Melbourne’s Spring Racing Carnival. Pejic had settled on a dusty pink suit and a hat by Melbourne milliner Kerrie Stanley, the latter of which was designed as a “tribute” to the monumental Philip Treacy hat Princess Beatrice wore last April.

But just over an hour after the post went live on Frockwriter, Stanley was informed by Swisse Vitamins, the marquee hosting Pejic, that the “tribute outfit” could not be worn because it risked offending certain VIP visitors.

Seeing as one of those VIP visitors was none other than Phillip Treacy himself, you’d think this was a stumbling block the Victoria Racing Club might have seen just a tiny bit earlier. Treacy is now in his second year as the VRC’s international style ambassador, so it’s not as if he found out about the tribute via hilarious hashtags. And according to Frockwriter he didn’t see the hat as offensive anyway, insisting that he’s one of Pejic’s biggest fans.

At the time, Pejic blamed the change in headwear on the tribute hat not arriving in time, but the VRC has now confirmed it was due to a last minute freak-out on their part. Somewhat frustratingly, we’ll never know what it looked like at all because Stanley has now disassembled it to make three mini pretzel hats, even though Pejic was hoping he could save “the vagina hat” for his wedding day. 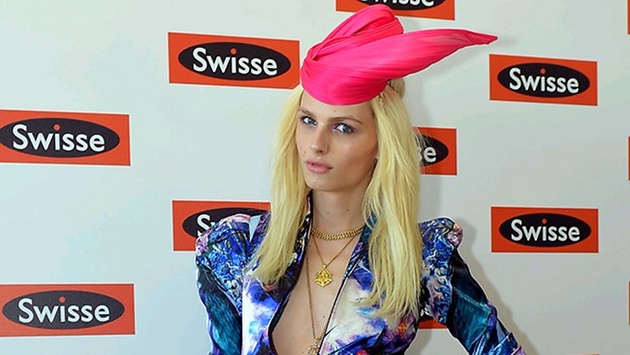 Image: Tim Carrafa for The Age