ASOS has done it again – and by this we mean that they’ve only gone and bagged yet another hot collaboration with none other than fashion designer Markus Lupfer. For those of you who aren’t familiar with London-based Lupfer’s work (those of you who have been residing on Mars perhaps), he started his career upon graduating from London’s University of Westminster in 1997 when his final year collection was instantly bought by the London boutique Koh Samui. He went on to regularly showcase at London Fashion Week, aided by his British Fashion Council New Generation win, and with awards such as Designer of the Year, and his appointment as Design Director for Spanish fashion house Armand Basi, the rest his fashion history. 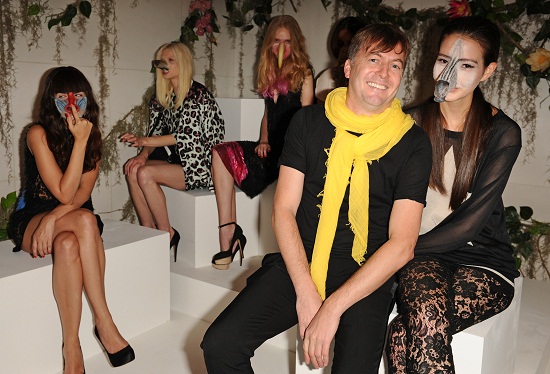 Lupfer is known for artful takes on everyday basics, and perhaps this is the reason why ASOS has appointed him as a guest designer for its latest capsule leather collection. Expect hot skaters and jackets in a colour palette ranging from black and navy to orange. The best bit is that although the capsule collection is high fashion designed, it’s not high fashion priced. So, these edgy pieces are set to make the perfect pre-Christmas treat without breaking the bank.

This isn’t the first high-street chain that Lupfer has been associated with, as he’s also previously created a womenswear range for Whistles, as well as a childrenswear range for Debenhams. His current ASOS collection will, however, feel a lot more high fashion than his previous high-street collabs, simply due to the fact that it's leather based, which always makes for a lovely luxury feel.