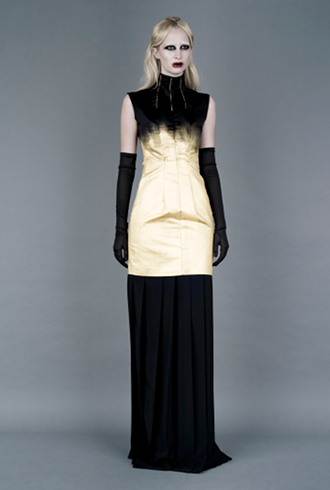 His latest collection, Autumn 2013’s ‘Androdameia’ takes its name from an Amazonian warrior of Greek Mythology whose name literally translates to ‘The Subduer of Men’. 21-year-old Keating has taken the essence of this woman and brought her into the modern world via tailoring sharper than a hunting knife and a careful mish-mash of sumptuous fabrics. Heavy leathers and wools sit alongside sheer silks and a transparent plastic that definitely didn’t exist in the 8th Century BC, with gold trimmings splashed on by hand to echo a raw and imperfect military brocade.

Keating’s own weapons of choice are a needle, thread, and the humble pencil, which he wields with the skill of a designer twice his age. Immaculate tailoring accentuates the body with pleats and corseted waists to prove power dressing is more exciting than just amped-up shoulders.

The future of Australian fashion just got a lot more promising. 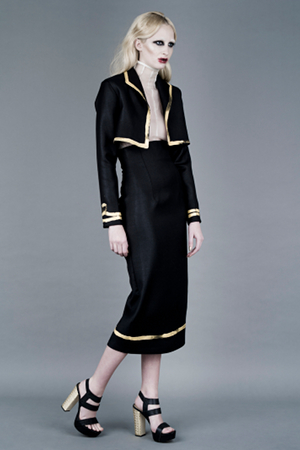 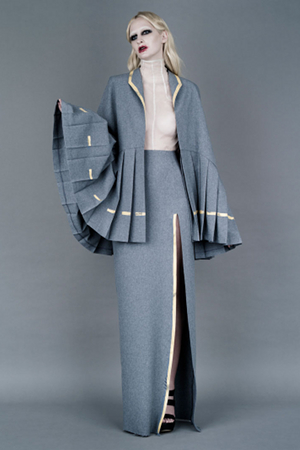 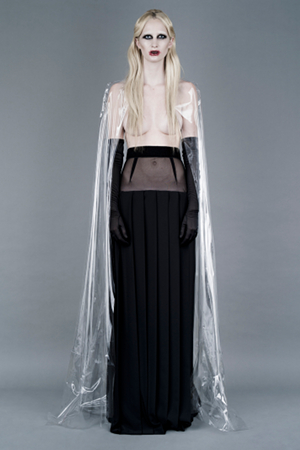 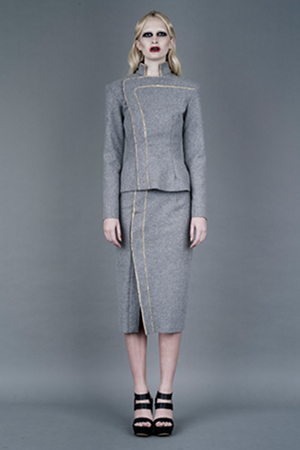