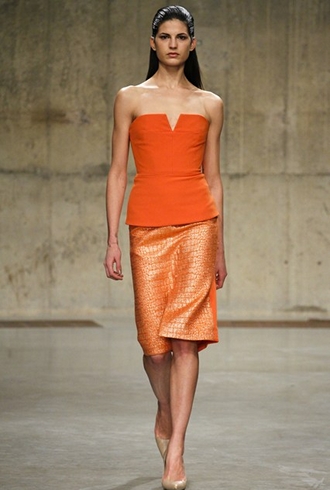 Prior to that, Carta had been absent from international modelling for many months, and despite maintaining a rather glamorous Twitter account, has only been featured prominently on party photo blogs like The Cobrasnake. The last post on her thread was an average series of photos from the David Jones fashion show back in 2011 — around the same time Catherine McNeil started copping flack for hanging out with her. On one photo of the two going hobo chic in questionable scarf/curtain-type things attracted comments including but not limited to “Carta ruins people” and “for the love of god DITCH CARTA!!!” 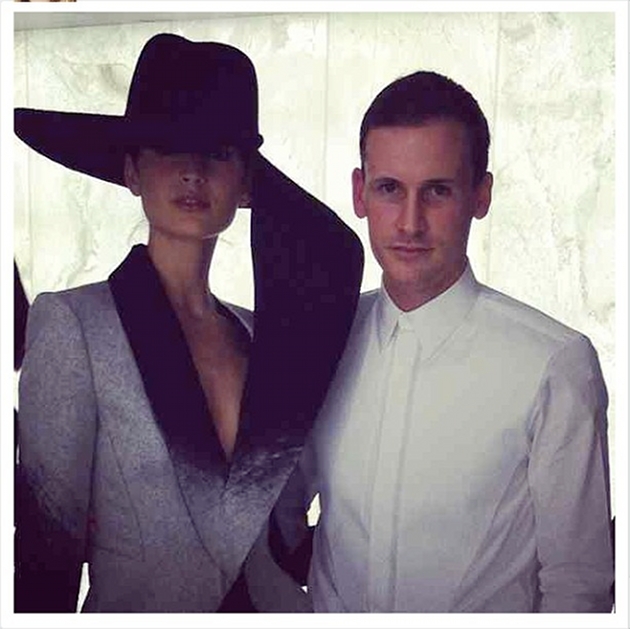 Carta and Dion Lee at the International Woolmark Prize in London, via Carta's Instagram

Catherine McNeil’s hiatus from the runway worked magic for her career, with editorials by Mario Testino, Hedi Slimane and Terry Richardson plus spreads for Carine Roitfeld’d CR Fashion Book more than making up for her two-year absence. And in recent months, it seems Carta might be attempting to follow suit. According to her Twitter, she’s jumped on the kale-heavy and gluten-free diet bandwagon, and as long as the trend for models who look older than 12 continues to last, she could still have a relatively successful runway career ahead of her yet.

One telling factor will be whether she makes an appearance in any of the impending Paris shows. During 2007, Carta moved to Paris for five months to work for Balenciaga, modelling for the brand’s Pre-Fall 2008 lookbook and walking in their A/W 08/09 show. If she can snag a spot in Balenciaga circa Wang we can probably use the word “comeback” with a little more confidence.