Are Canadians Too Welcoming of American Retailers? 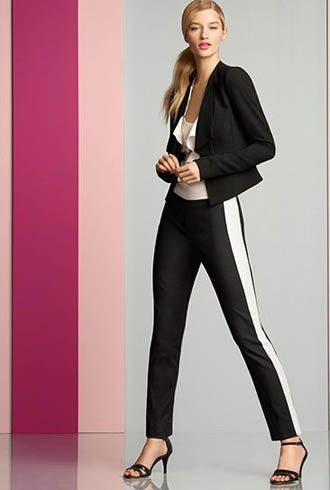 It's beginning to feel as though the swarm of stores invading Canada from the States will never end. J. Crew, Marshall's, Ann Taylor, Bloomingdales, Tory Burch, Kate Spade and Nordstrom are just a few of the Goliaths that have been spurred by the stronger Canadian dollar to set up shop next to your local Roots, whether we want them here or not.

Chico's is the latest to park its truck at the Canadian border in anticipation of entry as the clothing retailer announced today its highest fourth-quarter earnings since 2005 and plans to roll out more stores, both domestic and offshore. In a conference call with analysts, CEO David Dyer said that the retailer is expanding in Canada, which he says is a "natural expansion."

"We believe Canada is a great first foray into the international arena for Chico’s FAS, as it represents a natural extension of our brands," said Dyer. "In fact, from our robust customer information, we already know that there is significant number of Chico’s FAS customers in Canada. We expect those customers to welcome our White House Black Market and Chico’s stores into their neighbourhoods."

For those of you not familiar with Chico's (I can't say I've ever shopped there), it targets the 25 to 55, I guess, professional working woman. Kind of your Ann Taylor/Klein crowd. Dyer adds that three stores will open in Canada in late 2013 under its White House Black Market banner, and in 2014, more stores will be set up under the larger Chico’s banner. Maybe we should have expected this sooner since White House Black Market already has a popular Canadian face fronting its campaigns.

Interestingly, as Chico's prepares to move in, many Canadian stores targeting similar 25 to 55 demographics are moving out. Perhaps you'll remember the disappearance of Toronto-based women's chain Tabi in late 2011? Then there's also the Montreal-based Le Chateau who, in recent months, has been reporting dwindling sales and struggling to stay above water. And then there's Sears, not a Canadian chain per se, but a staple in any mall across the country that has been here for 60 years.

Sears is facing big competition from Target, who will be opening 24 stores in Ontario this month and 124 in total across Canada. Making a last ditch effort to save themselves from a bloodbath of red and white bullseyes, Sears recently responded by releasing all kinds of updated semi-hip ad campaigns. You can check one out below and then compare it with Target's almost four-minute ad, which aired in a primetime spot in the middle of last week's Oscars.

Is Sears' attempt to attract younger consumers a case of too little, too late? Maybe they deserve to be Target's primary, um, target given their rather inflated prices (yeah, I said it). But then again, Sears' shortcoming aside, is our rolling out the welcome mat for all American retailers a good thing for Canadian consumers? Sound off in the comments below.

SHARE ON FACEBOOKSHARE ON TWITTER
Link Buzz: Frida Giannini Had a Baby; Time to Adjust to New Isabel Marant It Shoes“The Latest Sexist Thing We’re Not Pleased About”
Jennifer Davidson