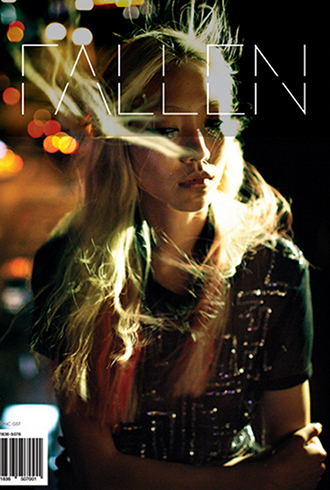 It hasn’t even been a month since Bauer axed high-profile glossy Grazia, and already smaller magazines are evidently feeling the burn of print’s harsh climate.

This time the victim is Fallen, a magazine dedicated to discovering and supporting Australian creatives across the worlds of fashion, art and music. Yesterday, the publication announced via Facebook that Issue 12, which hit shelves that day, was to be their last. No reason was given, though wouldn’t that kinda just be rubbing salt in the wound anyway?

Though the magazine hardly boasted a Grazia-level readership, Fallen was a predominantly garbage-free publication that knew its target audience well — a vital ingredient, judging by the success of niche publications like Frankie. Fallen was distributed both nationally (6,000 copies) and internationally (2,000 copies) to an audience of fashion aware and design conscious youths spread across a 65% female and 35% male demographic.

Apart from small increases in readership at Russh, Frankie and Vogue Australia, all other Australian fashion titles experienced circulation declines in the 12 months to June 2012.

Hopefully Elle will inject a little print love back into the economy when it launches under Justine Cullen this September. As for the title at hand, you can leave your sentiments on the aesthetic digital graveyard that is the magazine’s Facebook page. RIP Fallen, we'll spare you the puns.