It was only a matter of time until the British Superstar Rita Ora started getting snapped up as the face of fashion brands. Not only does she rock her own cool style but she’s also BFFs with model of the moment, Cara Delevingne. You can’t constantly hang out with the UK’s answer to the next Kate Moss without getting noticed within the fashion scene.

Rita’s latest role is fronting Superga’s UK Spring/Summer 2013 advertising campaign, which is set to officially launch soon. Superga has also just announced that Rita picked out all of the shoe styles herself for both the campaign’s photo shoot and video, which are currently available to buy on their site here. Rita made some really cool choices that would genuinely fit in well with her own style where she usually combines hot bodycons, bold prints and trademark trainers. The pieces include several with an edgy metallic finishes which would be the perfect way to rock that smart casual look.

Rita has, of course, taken the place of British style icon Alexa Chung who’s stepped down from being the face of Superga to devote her full efforts to work commitments in the U.S. Rita was also recently papped at London and Paris Fashion Weeks, so maybe she’s also secretly looking to steal Alexa’s Style Icon award that’s been bestowed upon her for three years in a row by the British Fashion Council. Surely Alexa can’t walk away with it for yet another consecutive year? 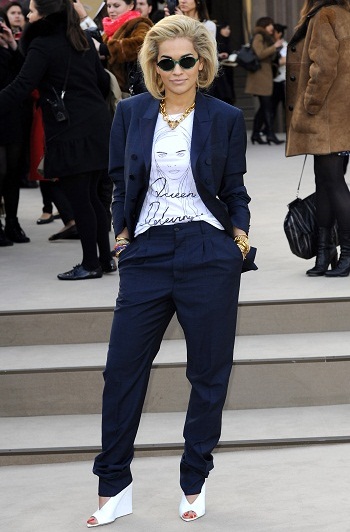 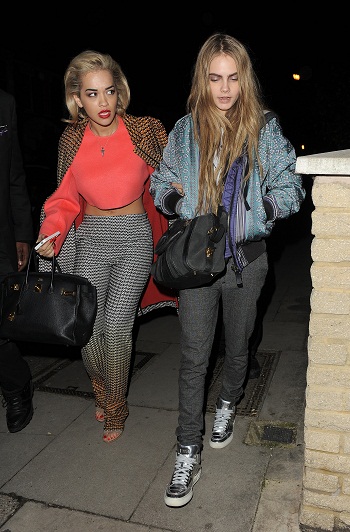 One of Rita’s most memorable looks from LFW was at the Burberry Prorsum show where she rolled up in an über sharp blue suit, complete with a Queen Delevingne T-shirt underneath. Who’s to say whether it was a cry for publicity or a genuine display of support for her friend, but either way, the outfit definitely helped to seal her fashion credentials that bit more.