Will the MBFWA Runways Be a Little Less White This Year? 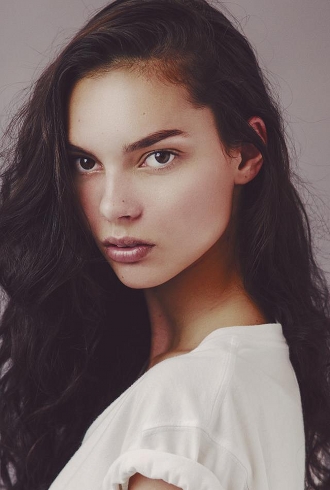 Last week we rounded up five models who we’re excited to see make their Mercedes-Benz Fashion Week Australia debut. One of those included half Italian and half indigenous Australian Elina Moscheni, repped by Viviens, who will be lending a little colour to a traditionally very white lineup of models.

While we were skeptical of claims that David Jones signing Perth stunner Jessica Gomes was a sign model diversity is finally being achieved, it appears the MBFWA runways at least will be a little less uniform this year. Viviens is just one agency whose books don’t flip smoothly from white girl next door to white girl next door, with their other recent signings including Courtney Eaton and African/Japanese newcomer Piyusha Yamaoka.

And with the release of eMg Models’ showcards, model polymath [frockwriter] has turned her discerning eye to indigenous Australian model Charlee Fraser (right) from Newcastle. For some reason, Charlee and her impossibly long neck escaped the gaze of model scouts for 18 years before she came to eMg’s attention by ‘Liking’ a photo of another model that the agency had posted to their Facebook page.

At the moment, the only photos we can find of Charlee are via the Facebook pages of eMg and herself, but hopefully that will soon change because this girl seriously needs a thread.