Ever since the introduction of fashion trade shows such as Bread and Butter or Premium in Berlin, it seems like its fashion industry has progressively boomed. From talented emerging German designers, to quirky boutiques and concept stores, a shopping trip to Berlin is a must. Visit this thriving city where individualism and innovation are celebrated and explore the shopping avenues filled with alternating mainstream and indie boutiques with the help of our shopping guide.

Start with the most concentrated boutique area, Mitte, which requires you to take the U8 (subway) and alight at Weinmeister Strasse where you’ll be in the thick of a cool hipster filled fashion district, comparable to a trendy 1980s New York. You can literally lose an entire day walking from one boutique-filled avenue to the next without having to jump onto another metro. Discover gems such as our favourites listed below. 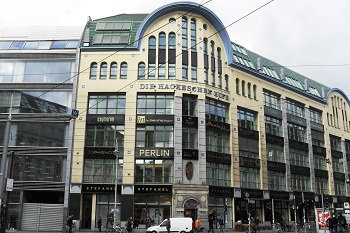 The tourists' first shopping destination is usually the Hackesche Hoefe (Rosenthaler Straße 40 -41, 10178) or adjacent Rosen Hoefe, based around courtyards that are scattered with international brands such as MAC and leading German designers such as Kilian Kerner. The courtyard theme makes for a truly European shopping experience.

Mulackstrasse is home to fab boutiques such as Lala Berlin (Mulackstrasse 7, 10119), which originally began as a knitwear and scarves producer and over the years has since developed into a trendy brand which produces some of the most sought-after separates. Or try on the artistic Starstyling (Mulackstraße 4, 10119) for size which even encourages you to submit a pic of yourself wearing your new purchase to their site. 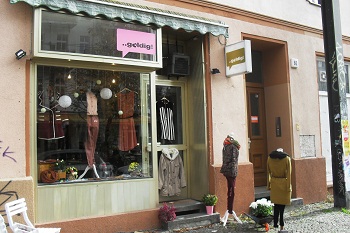 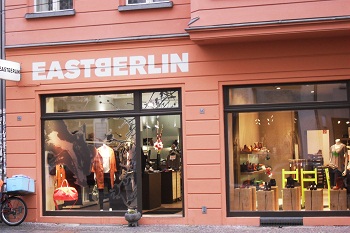 Lined with concept stores as well as big name brands (all unusually displayed in boutique form), you can't wander around this area without popping into EastBerlin (Alte Schönhauser Straße 33, 10119) a store which was originally founded just as the wall fell, a time when Berlin was reportedly at its most creative.

Stroll down onto Kastanienallee and you’ll be spoilt for choice as you’re thrown into a plethora of kitsch boutiques, several even doubling up as quirky cafés. Boutiques such as Goldig (Kastanienallee 60, 10119) are perfect for picking up individual little dresses, whereas streetwear specialists like Le Gang (Kastanienallee 75, 10435) are great for bagging unique statement tees.

Berlin boutiques are the best at visual merchandising and creating truly unique concept stores, which includes the artistic displays inside its wide variety of vintage stores. One of the very best vintage stores in Berlin is Stiefelkombinat (Eberswalder Strasse 22, 10437), an Aladdin's cave of fab vintage treasures right from its quirky suitcase filled exterior. 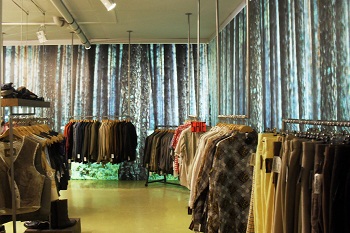 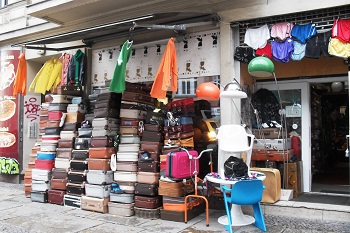 When you finally get tired of Berlin's quirky boutiques, jump the U2 ro Stademitte where again you'll find an army of leading brands, or enjoy a taste of France at the famous Galeries Lafayette department store (Franzoesische Strasse 76-78, 10117). Then, of course, there's always the entire Kurfuerstendamm (U1) street to shop, which is dubbed the Champs-Elysees of Berlin by the locals. The Kurfuerstendamm area is also home to Berlin's most exquisite department store, KaDeWe (Tauentzienstraße 21  10789 Berlin), where you could shop brands like Chanel until you drop.

Now, it's just up to you to book that flight! Happy shopping!