A disco ball is an easy and fun way to instantly get any party started. The flashing lights and whimsical atmosphere make everyone want to dance, socialize, and have an amazing time. Whether you are looking for colorful LED options or a classic mirrored design, we've rounded up the best disco balls on the market so you can choose from the best of the best for your next event. 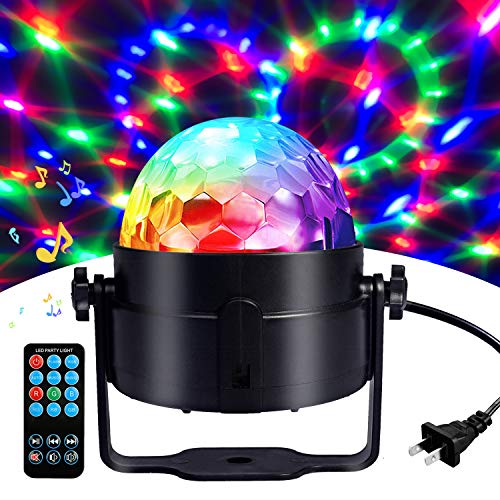 Get the party started

This colorful LED disco ball has a multi-colored effect to add a rainbow to any room.
Best Overall

This mini disco ball gives the perfect party effect. Seven different shades of light flash across the rainbow spectrum to create a unique and colorful atmosphere when the disco ball is turned on. The perfectly portable design will fit in the palm of your hand so you can take the party to go if need be. Plus, the light has up to 10,000 hours of life thanks to LED technology so you can use it again and again without worrying about running out of juice. 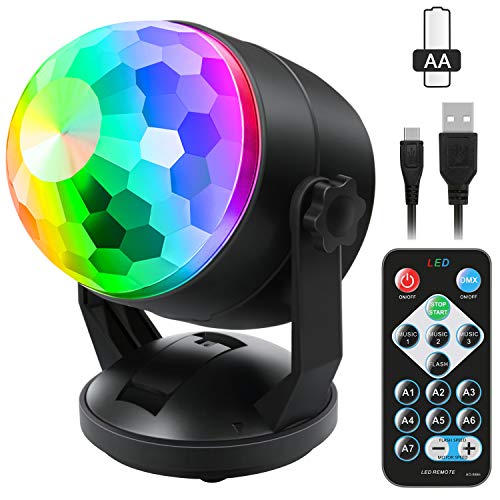 Party on the go

With this portable party machine, you can take scintillating RBG lights with you on your adventures.
Best Portable

Parties don’t have to be confined to one space. Luditek’s portable disco ball lets you light up any space you find yourself thanks to the lightweight design and compact size. You can power it up using a standard USB wall plug and even pop three AA batteries into the back for true portability. You’ll have to get the batteries separately, but Luditek provides all the rest with a USB charging cable and handy remote control. 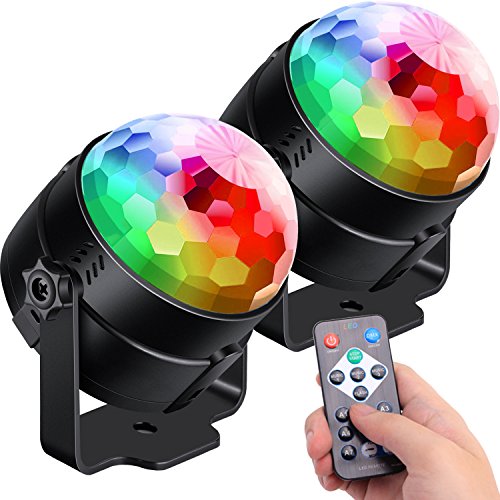 This pair of disco balls lets you instantly amp up the vibe with just the press of a button.
Best Set

A bright alternative to traditional disco balls, this pair has a ton of cool effects. The lights have three sound-activated modes, rotating speed control, plus seven lighting modes to give you countless different combinations to choose from. Whether you’re adding some fun to a birthday party, holiday, or another event, these lights will help provide the ambiance you’re after. Each light even comes with a remote control so you can switch up the settings from across the dance floor. 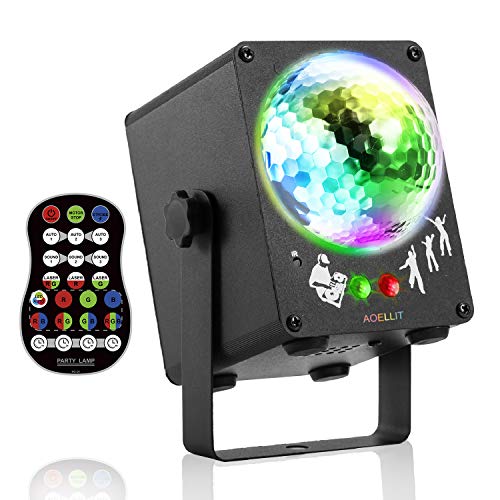 Lights that dance with you

This disco light from AOELLIT has all the best features, including sound-activated party mode and a slew of different light patterns.
Best Features

This option from AOELLIT has all the best features we look for and more. Another great overall option, this one has a sound activation mode that rhythmically pulses the lights to the beat of the music. It also has a whopping 18 different patterns of lights and five different color modes. And for such a powerful disco light, the size is surprisingly compact and even boasts a handle to tote it around. As AOELLIT proves, variety is the spice of life. 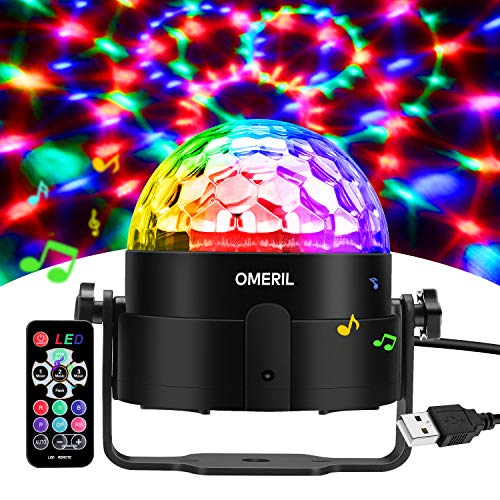 If you want an inexpensive disco light that works with USB power, check out this sweet pick from OMERIL.
Best USB Powered

We love devices that are USB-powered since they can be plugged in just about anywhere. With a USB wall charger, you can juice up this disco ball from OMERIL on any outlet. And if you have a portable power bank, this affordable little light becomes a party on the go. This option also comes with an adjustable stand, a nifty remote control, and cable clips.

Disco balls are typically hollow to make them lighter. This makes it easier and safer to mount and hang them from the ceiling so they can cast light throughout an entire room.

How does a disco ball work?

Traditionally, disco balls are mounted to the ceiling and attached to a motor. The motor spins the disco ball, allowing it to effectively cast the light and create spots throughout the room as it reflects off the mirrored tiles.

Why are they called disco balls?

Disco balls first got their name during the 1970s era when disco music first became popular. They gained major popularity at famous dance clubs like Studio 54 in New York City, and it soon became a commonly recognized term. Before that era, however, they were referred to as mirror balls.

This page is owned and operated by SearchIQ. © 2020 All Rights Reserved

Are You a Merchant?

Feature your product on top publishers sites with SearchIQ Commerce.