This week on #Twitterati, YSL‘s former designer Stefano Pilati gets hired by Zegna and Agnona, Gucci dresses Blake Lively, Selma Hayek, and the Princess of Monaco for the 69th annual Venice Film Festival, and Style.com thinks lesbians will trend in the fashion world. For more #Twitterati goodness, including who is getting ready for #NYFW, read up on the most happening fashion moments, events, and quotes according to Twitter’s fashionable elite.

Good news for Stefano Pilati lovers. Elle just tweeted, “Breaking: Stefano Pilati will be taking on the role as head of design for @ZegnaUS and creative director for Agnona.” The former YSL designer has been jobless since his exit from the famed French house this past fall — which is years in the fashion world. Wonder how the twitterati is taking this news? Style.com’s Meenal Mistry tweeted, “Stefano Pilati going to Zegna/Agnona is great news. Tho I’m still not ruling him out as Armani‘s successor. #fashionclosure.” InStyle‘s EIC Ariel Foxman added, “Pilati is back! Particularly excited, as a Zegna consumer. Plus, eager to see what he will bring to Agnona.” Glamour‘s EIC Cindi Leive agreed tweeting, “First day back to work and already good fashion gossip: Stefano Pilati to go to Zegna. Great hire!” We couldn’t agree more.

This past week, stars flocked to the 69th annual Venice Film Festival, all while wearing their fashion best, courtesy of Gucci. The Cut tweeted, “Look of the Day: Blake Lively, marooned in Venice. She wore the color to @Gucci‘s Premiere Fragrance launch party.” Guess who else wore the Italian label? Vogue Paris tweeted, “Which designer did the Princess of Monaco wear on the red carpet for the Venice Film Festival?” Gucci—of course. The stunning Charlotte Casiriaghi was spotted on the red carpet for the screening of the film The Mattei Affair in a cream-colored mini skirt with a matching silk blouse, which was skillfully accessorized with a red studded clutch and matching sandals. Gucci themselves posted an image of another beautifully Guccified celeb tweeting, “Salma Hayek, looking beautiful in Gucci, is presenting tonight’s Women In Cinema Award.”

Just when you thought your heard it all. Style.com posts an article titled, “Is Lesbian Chic Here to Stay?” Confused much? The Cut, tweeted about this controversial journalistic piece stating, “‘Lesbian Chic’ is ‘trendy’ for Fashion Week! Girls kissing girls is so in right now. #NYFW #herewego.” The Cut further elaborated on the Style.com article by quoting some of its most contentious statements: “Lesbians! They’re everywhere…What will this high-vis lady love mean for fashion? Socially, perhaps it means that in an industry stuffed with attractive young women, a few more of them may start dating each other.” What do you take from this testy piece? Find it offensive, an example of poor journalism, or in sync with the times? You tell us.

Sequin Jewelry tweeted, “We were near Lincoln Center last night & saw the @MBFashionWeektent going up already! Is it really almost #NYFW? Who else is excited??” 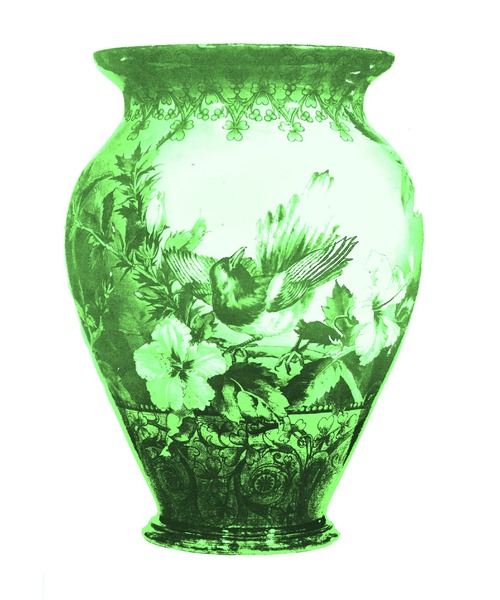 Nanette Lepore posted an image on her Tumblr page tweeting, “My spring inspiration revealed.” What do you guys think? Excited?

Meanwhile, DKNY’s PR Girl tweeted, “Someone MAJOR is coming in for a fitting with DK today and her name begins with B. Go ahead, guess.” Beyonce? Britney? Any good guesses on your end?