“Refined” isn’t usually the first word to spring to mind when considering Australian fashion, but it was probably tossed around liberally by anyone who witnessed Kym Ellery and Christopher Esber’s joint presentation at Lincoln Center last weekend.

The two Australian designers joined forces for their respective debut New York Fashion Week debuts. Both Ellery and Esber were invited to show at New York by organisers IMG Fashion after delivering standout shows at Mercedes-Benz Fashion Week Australia earlier this year, and readily took up the challenge. Each designer presented ten looks playing up to their individual strengths.

Ellery’s ‘Swish #015 took inspiration from Venice Beach. Her signature structured dresses came in rich shades of burgundy and gold punctuated by crisp whites and silvers. A glittery black bomber jacket invested the collection with some beachside Californian athleticism, while a great pair of mesh trousers were more mod than exhibitionist (on that note, Marc Jacobs would no doubt have approved of the monochromatic striped suiting). Esber also went for a predominantly black and white colour palette to call attention to his meticulous tailoring.

In the past, the tendency has been for Australian designers to show in London. Willow and Sass & Bide have been making the trip for years and Dion Lee won over international media with his London Fashion Week debut in February. But it’s not all about sticking to the English-speaking circuits either: The other stand-out from Australian Fashion Week, Michael Lo Sordo, presented his latest collection to an influential group of buyers, press and industry at Italy’s international textile fair Milano Unica last week. 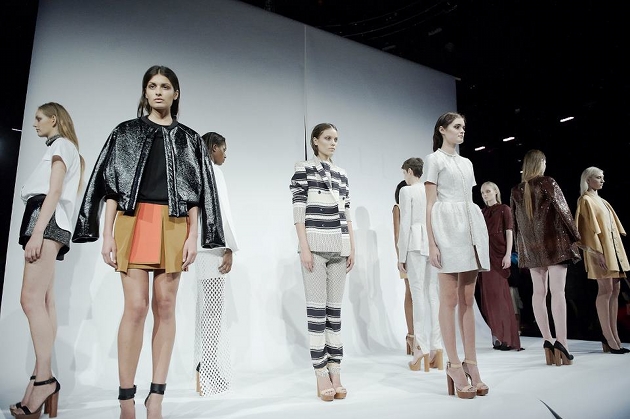 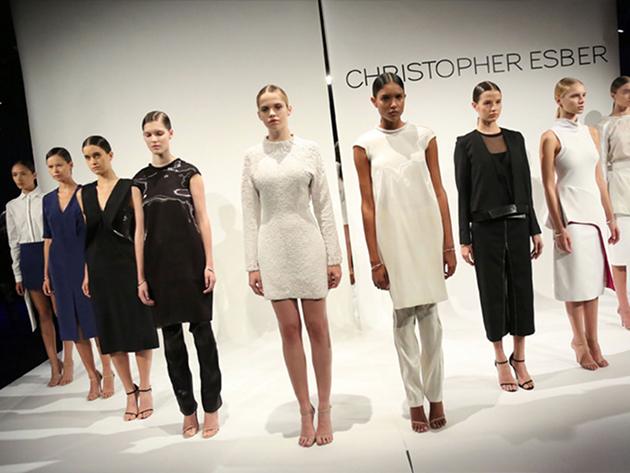